After 13 years as an educator, and with state and local awards under her belt, Belinda Medellin set out to develop what she describes as “a dating app for teachers.”

“But without all the baggage,” she added of the service she recently launched, Bmyvillage.com, which seeks to offer one-on-one virtual career coaching for and by classroom teachers.

As CEO, she is the matchmaker behind the scenes, recruiting worldwide for mentors or coaches who have been recognized for their work.

“A teacher in Spain could contact a teacher in Kansas City,” Medellin said. “When the pandemic happened, you saw teachers scrambling all over the place, getting on Facebook groups … which is great, but it’s like sometimes those Facebook groups are toxic, they’re not really helpful. You’re not getting top of the line.”

Individuals or organizations such as school districts can book consultations online and purchase coaching or mentoring sessions based on specific needs.

The coaching can be between teachers at any level, Medellin said, allowing those who might have many years of experience to also reach out to newer teachers with different skills and vice versa. Her main goal is to provide a resource and a place where teachers can voice their concerns without fear of repercussion.

“Teachers were needing help and reaching out to me. Some I knew, some I didn’t,” Medellin said.

She could easily help with requests about education technology and the process of starting a new program, but others were in areas completely out of her expertise, such as social and emotional learning.

“I met other teachers of the year, and I was like, ‘I can connect you with this person,’” she recalled.

The networking became so frequent, “the idea started developing in my head that this could be a business,” Medellin added.

It was through CAST Tech that Medellin was introduced to Geekdom, the for-profit coworking space for startups in the region. The company had made several presentations to her students, and she attended a virtual tech-startup week event in 2020.

Even after she left teaching, the requests for help finding connections kept coming in.

“Especially when COVID hit, it was clear that principals, instructional coaches … they did not know what it was like to be a teacher during that time,” Medellin said. “Some of those people have been out of the classroom for maybe five years now.”

In January 2021 she was accepted into the Geekdom Pre-Accelerator program, and by the end of that program she had an LLC established, a business model and a path forward.

Medellin hired students from the University of Texas at San Antonio to create the online platform and to develop the matching algorithm. By May 2021, the site was launched and she had enlisted her cousin, Melissa “Missy” Huang, to work on marketing. Huang now has a title: client and coach care manager.

The site hired 30 award-winning educators from across the United States to become coaches. The first was Jennifer Hedrington, a 2021 Massachusetts Teacher of the Year who taught math for 16 years before becoming the assistant principal at Peabody School in Cambridge, Mass.

“In the past, I’ve been that teacher that new teachers come to. … And I’ve been that person that teachers come to and say, ‘I want to quit and I have no one to talk to.’ And we talk it out and they’re like, ‘OK, I think I can do this,’” Hedrington said. “So, I found value in what (Medellin) was doing. And it just made sense. To me it’s just like teacher therapy, it’s a no-brainer.”

Hedrington is now helping recruit coaches to expand Bmyvillage. She has a law degree but stumbled into education when, in need of a job, she answered an opening for a math teacher at an alternative school — going in blind, she said, but designing her own approach.

By showing a lot of herself to her students and making sure they knew she would be there for them, Hedrington said, she fostered a bond of participation and overall accountability.

“I always told my students, ‘You guys are in a storm right now.’ So, I share of myself — whether it’s with somebody I’m coaching or a student — because I’m the rainbow. I’ve been there, and I’ve made it out,” she said.

Right now, the online platform is being renovated with the help of a $25,000 Geekdom Community Fund grant awarded to Medellin this year. Her goal is to enhance pairings and improve the ability of client organizations to book consultations for their employees. With a planned relaunch in January, it will include other educators such as principals and counselors.

The road hasn’t been easy, or cheap. Medellin has invested half of her retirement savings in the startup and is juggling a full-time job with Siemens’ K-12 academic endeavors and other consulting work while developing her business. But something told Medellin that teachers could use this, and she is willing to follow that hunch.

“I always had it in me,” Medellin said. “I kind of was fearless. Because in my mind, I’m like, if I didn’t at least try, then I’m a failure, right?” 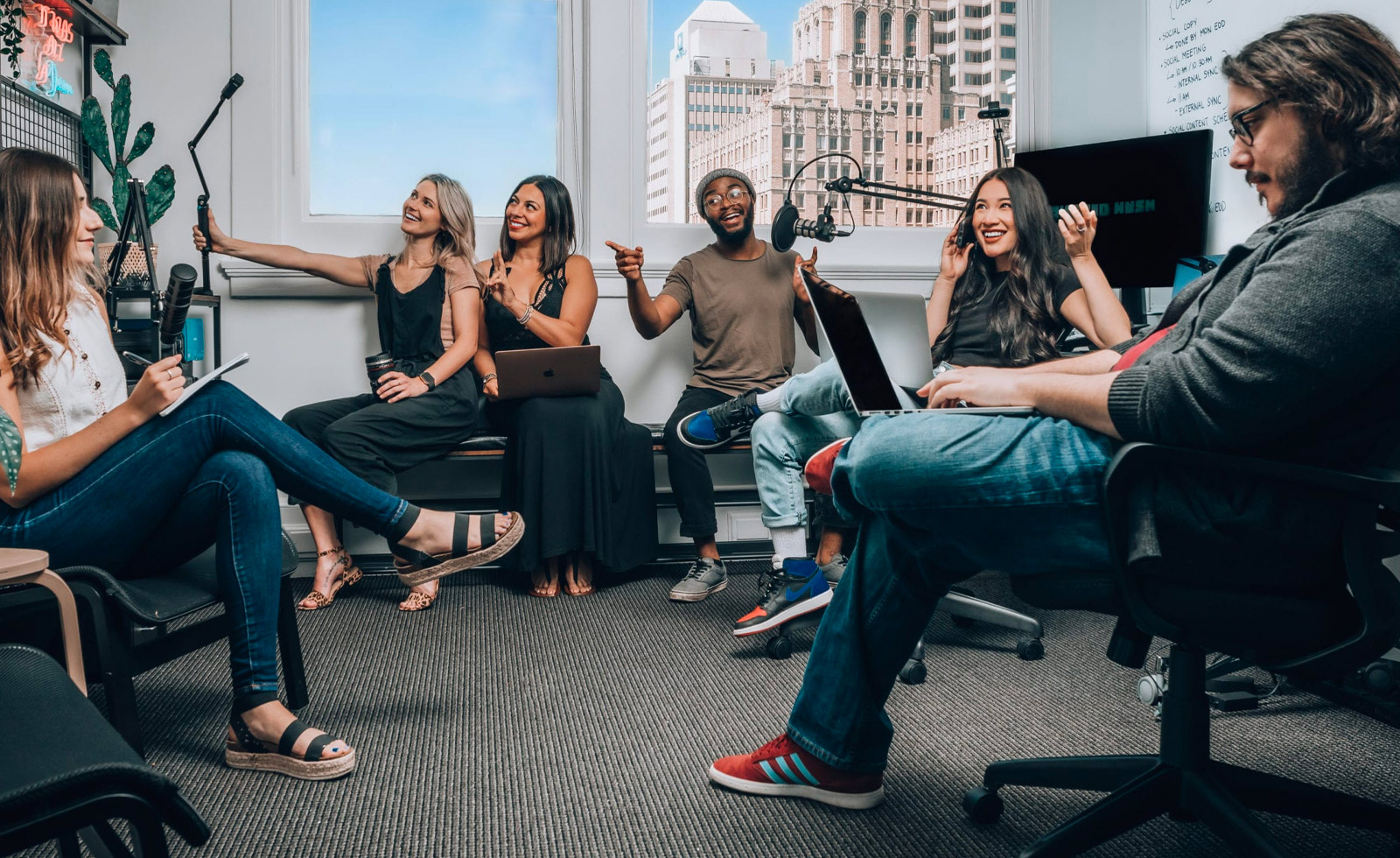